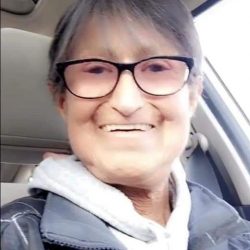 With heartfelt sadness, we announce the passing of Odile Alice Matchee on October 14, 2021 at the age of 65 years.

A Funeral Service will be held on Saturday, October 16, 2021, at 11:00 a.m. at Our Lady of Peace Roman Catholic Church in Meadow Lake, SK. Interment to be determined at a later date.