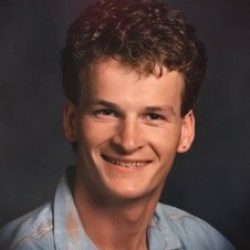 It is with great sadness we announce Danny Vezina passed away unexpectedly in Saskatoon on June 19, 2021. He was 59 years old.  Danny was born in Preeceville, SK on February 23, 1962 to Nancy and Dale Vizina.  He lived his early years and started school in Reserve, SK.  Danny learned to play hockey when the family moved to Big River, and became a strong skater and player in Prince Albert after going to summer hockey schools and playing competitively during his school years.  He finished school at Carlton Comprehensive High School in 1980 and enjoyed playing recreational hockey for quite a few years as an adult.  Since the time he was a young man, he always strived to learn and use his skills to be good at whatever he was involved with or during his working career that spanned over thirty years.

Danny always had a great love for motorcycles and muscle cars.  He spent a lot of time racing dirt bikes during his teen years but then moved on to trucks and cars.  He spent countless hours tinkering with engines and even tried his hand at speed racing.  Danny saw value in all kinds of cars, which he would work on year round, but he especially valued his classic Dodge Charger and the rare Little Red Express truck.

Danny is finally at rest and will be loved and forever remembered. A private graveside service will take place later this summer.  His family has appreciated those who sent messages and stories during this difficult time.

Danny was predeceased by his parents, Nancy and Dale Vizina, his nephew Michael, his maternal grandparents, Dora and Nick Rupchan and his paternal grandparents Dorothy and Louis Vezina. Danny is survived by his daughter, sisters Pamela, Dale-Lee, and Yvonne, and numerous aunties and uncles, and cousins.

Then shall the dust return to the earth as it was: and the spirit shall return unto God who gave it.