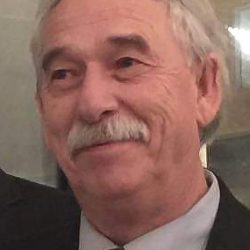 It is with great sadness we announce the passing of our beloved Father David Peter Unruh on March 1st 2022. Born October 6th 1954 to Constance and Peter.

Dave was a devoted Father. He was the kind of Dad who built his girls a real playhouse, with full size appliances, and made sure all the neighborhood kids always had a popsicle in hand. He even went as far as to host his own Saturday Carnivals, complete with prizes.

To his grandchildren he was known as Papa. To say he was the best one out there would be a massive understatement. He always made sure to make their interests his own. Shared endless wisdom, movie nights, time around a fire and inside jokes.

He was the kind of man who always gave, even if it meant he went without. Not only for his girls, but for anyone he saw in need.

Professionally, Dave was a Master Appliance Technician who was highly respected in his industry. It was well known that if Dave couldn’t fix it, that it could not be fixed. He was nick named “Einstein” not only because of his vast knowledge but also because of the striking resemblance. His eagerness to share information as well as his constant jokes will be deeply missed by all his family, friends and colleagues.

His passing was unexpected, because he was the man everyone assumed would live forever. But unfortunately, the angels told Dave it was time to “hit the rhubarb”.

A celebration of life will be held at a later date for all who loved him.