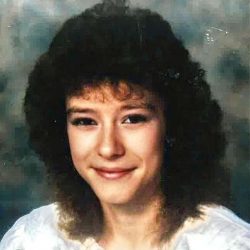 With heartfelt sadness, we announce the passing of Dianne Helen Guenther, 52, of Saskatoon, Saskatchewan, passed away on April 11, 2022, from COPD related complications.

Dianne was born on May 18, 1969, to Frank and Mary (Frose) Guenther in Saskatoon, Saskatchewan. Dianne graduated from Yale Secondary School in Abbotsford, BC, in 1985. After high school, she went on to study at the University of Fraser Valley, majoring in Biology, with a minor in Psychology. Dianne believed passionately in the importance of education and was relentless in her pursuit of knowledge, continuing her education over the years with various courses and classes. Through-out her years she found great joy and pride, in the academic pursuit of knowledge.

In December of 1993, Dianne became a mother for the first time when her son Rylan was born and added to her joy when her second child Brandon was born in February 1995.

In the past several years, Dianne spent her time and energy focusing on her health and hobbies. She enjoyed nature, crochet, ancient history documentaries and gardening. She had a particular love for animals, especially cats, and African Violets, which she grew by the hundreds.

Dianne was predeceased by her father Frank and her younger sister, Eleanor Hopper, whose passing was very difficult on Dianne. She is survived by her two sons, Rylan, and Brandon, her mother Mary, sister Ruby, and two brothers, John, and Dave.