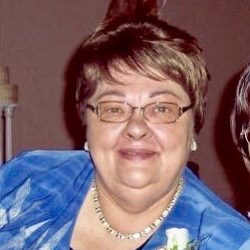 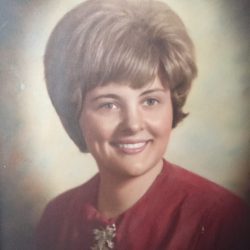 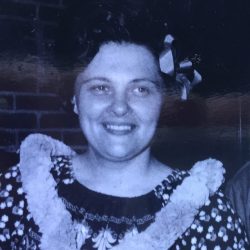 Our mother, Audrey Donna Duxbury, “Donna” passed away suddenly on Thursday, November 19th, 2020 after bravely battling Multiple Sclerosis and other serious health issues for over 43 years.  Donna was born in Winnipeg, Manitoba on September 14th, 1938 the eldest of three children born to Ray & Audrey Meneer.  Sister, Brenda arrived 15 months later and brother, Bryan, 10 years after Brenda.  They were a very close, loving family.

In 1952, at the tender age of 14, after begging her parents to go to the Christian School, Mom left home to attend Radville Christian College in Saskatchewan where her father was chairman of the board.  She took Grades 9-11 there, however, returned to Winnipeg for Grade 12 when she became engaged and after graduating, married Albert Kleppe on November 24, 1956.

Sherry was born a year later and in January 1958 the 19 year old couple moved with their 3 month old daughter to Abilene, Texas for further education. Laurie was born in 1959 and the family moved to Saskatoon in 1960-62 where Danny was born in February 1961, so Mom had 3 children by age 22.  In 1963 our family moved to Tennessee for 2 years for Dad to attend Freed-Hardeman University and then Texas for another 2 years to attend Abilene Christian University. During those years, while raising 3 children, Mom worked as a dorm mother at Freed-Hardeman College as well as a secretary in the office of a lumber company and bookkeeper at Holland’s Department Store in Jackson, Tenn.  In Texas she worked at a car dealership, waitressed at the Red Barn Restaurant, and later worked as a bookkeeper for an Insurance Company.

In 1966 our family moved to Somerville, Tennessee where Dad preached full-time and Mother was the epitome of a preacher’s wife. Mom has always been a larger than life, action-oriented person but she thrived in her role and participated in her community and church to the max.  Her volunteer activities included: Room mother, Sunday school teacher, Scout leader, Leadership trainer, Band Parent Volunteer, Chaperone, President of the Homemaker’s club and President and Secretary Treasurer for the School Association as well as substitute teaching at the public school for several years.

Meanwhile, Mom took the time to add two more treasures to our family.  Kevin was born in December 1968 and sweet baby Greg was born in September 1970 in Memphis, Tennessee.

In August 1971 our family moved to Weyburn, Saskatchewan to work with Western Christian College. It was a sad time for Mom leaving all her dear friends in Somerville as it was the longest our family had lived anywhere and there are deep roots that remain there to this day.  However, Mom tackled her new role with gusto, teaching Sunday school, selling Tupperware, working as a cook at two local restaurants, bowling in the local league and having a roast in the oven every Sunday.   She would put the roast in before we left the house, while trying to get a 1 and 3 year old dressed for church and making herself presentable.  Luckily Sherry and Laurie were babysitting age and could watch the younger kids as she rushed home between Sunday school and the service to throw in carrots and potatoes so everything would be done when church got out.

We had company every Sunday and Mom was always hospitable either inviting out-of-town visitors or those going through hard times or just sad or lonely.  A couple of Christmases Mom invited a gentleman notoriously known in Weyburn for his chronic inebriation for Christmas dinner.  This went well until he shared the news at the local barber shop that Mom had a crush on him, so sadly Mom’s generosity felt the need to have limits.  Though after the initial shock of the situation, we have chuckled about this over the years.

In 1974, Mom became an insurance agent with Pioneer Life and in 1975 was promoted to district manager.  Her sales were so good she won a trip to Jamaica that Aunt Brenda went with her on and Dad referred to her as the 4 “S” woman… “Super Saleswoman of Southern Saskatchewan”!  However, it wasn’t long after this trip that Mom began having health issues and not feeling her usual sunny self…in March 1977 she was diagnosed with multiple sclerosis and had to curtail her activities.

After about a year of confinement due to mobility problems, pain, numbness and speech difficulty, she started to see a glimmer of hope.  Mom credits some supportive family, neighbors and friends with helping her get back to the real world again.  In 1979, after years of frustration, Mom moved to Regina with her youngest sons Kevin, 11 and Greg 9 and started a new chapter in her life.

As Mom learned to cope with her illness, she again began to channel her resources to help others.  She counselled many newly diagnosed MS patients as well as their family members.

In November of 1982, Mom married John Duxbury and with his help and support in 1983 gathered a group together and organized a Multiple Sclerosis Chapter in Weyburn, which she served as President of till 1993.  In 1988 Mom coordinated an annual campaign which allowed them to have an active chapter, contribute to Provincial conferences and donate funds for research. Mom also served 8 years as President of the Saskatchewan Voice of the Handicapped, now renamed Saskatchewan Voice of People with Disabilities.

John was the wind beneath Mom’s wings always backing her in all her endeavors and with his help, she was able to serve on the Provincial Health Council for three years as well as serving on the Canadian Council of the Disabled in Ottawa and Winnipeg from 1994-2004.  During their marriage John and Mom travelled extensively throughout North America and enjoyed many idyllic summers with friends and family at their cabin at Rabbit Lake.

Tragically, in October 1996, Mom lost John to a massive heart attack.  Since that time, Mom has called Saskatoon home and for the last several years resided at Elim Lodge where some of her lifelong friends live such as Al and Annadaughn Falkingham, Maureen Fleming, Hugh and Irene Lock, Glen Start and Jean and Barney Borsheim.  Mom felt so blessed to reconnect with them in retirement and thoroughly enjoyed her life at Elim Lodge.  Mom was a member of the Saskatoon Church of Christ and had many dear friends there, that are too numerous to name.

Mom was an avid and competitive scrabble player, and spent many evenings playing with friend Donna or maybe Judy….she loved watching curling and especially enjoyed going out to eat with anyone willing to go! Mom loved dining out and celebrating birthdays with Pat, Maureen and her many friends…again we are afraid to name names for fear of leaving someone out.  Mom was especially blessed to have Maureen come to visit and give her communion on Sunday afternoons as more often than not she could not make it to church.

There are also special friends and families Mom adopted as a Mom/Grandma throughout the years some of these include: Joy Sowah and family, Temi Adewolu and Family, Fred & Neda Rezvani & Family, Mikiko Ichiyanagi from Japan and Rayland Li and Alexander Li of Hong Kong. She loved you all dearly!

We would like to give special mention to Fred who Mom met as her taxi driver and who bought her groceries, took her to appointments and did all kinds of errands so that she could remain in her apartment independently.  Fred’s wife, Neda gave Mom manicures and pedicures and kindly helped her with other chores. Fred went above and beyond for Mom even driving her all the way to Regina and Weyburn to see family.  Fred was with Mom at the end when she went to be with the Lord.  Mom loved Fred, Neda and their beautiful children, Adrian and Radin and this wonderful, loving, selfless couple will always be special to our family.

Mom’s compassionate heart for others has received recognition over the years. She has received awards for her contributions and accomplishments including the YWCA Women of Distinction Award for her contribution to rural communities, the Governor General’s 125 Anniversary Commemorative Medal for Community Service, Certificate of Merit, Certificate of Inspiration, Shelley Gronnerud Memorial Award, Jack Funk Award, Award of Distinction from the Provincial MS Society, and most recently the International Women’s Award for her work with refugees.

Through all of life’s difficulties and chronic health challenges, Donna has credited her strong faith in God for getting her through.  When she was diagnosed with MS in 1977, the prognosis was not good, though she has had relapses and battled breast cancer and most recently heart problems, she kept a positive and upbeat attitude. Mom’s strength and determination have been an inspiration to us all… both family and friends alike rise up and call her “Blessed” and celebrate an extraordinary life well-lived…

Due to the Corona virus quarantine a Memorial video will be made available at a later date as well as private Memorial service.  In lieu of flowers please donate to the charity of your choice or consider Mom’s favorites, the MS Society, The Heart and Stroke Foundation or the Saskatoon Church of Christ.