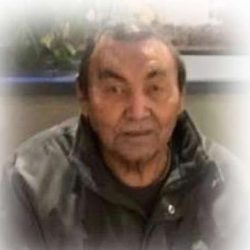 It is with great sadness that we announce Eugene George passes away on Sunday, September 25th, 2022, in Saskatoon, SK. Eugene was born in Ile a la Crosse, SK.

He was predeceased by his parents Joseph & Marie George; and his brother Albert.