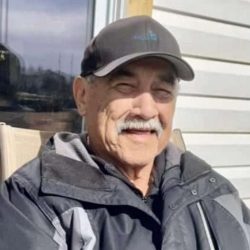 With deep sadness, we announce the passing of Francis Joseph Laliberte, at the age of 73 years, on October 17th, 2022.

Martens Warman Funeral Home is both honoured and privileged to care for Mr. Laliberte and his arrangements.