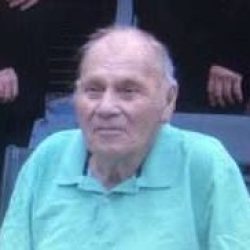 It is with heavy hearts that the family of Frank Friesen announce his passing at the Saskatoon City Hospital on January 3, 2023.

In his early life the family lived near Hague, SK, Coaldale (Alberta), Mexico, Manitoba, Wilmer, BC, Bolivia, and Warman, as an adult he also moved to Australia for a bit.

Frank worked in the sugar beet fields in Alberta with his parents and younger siblings.  He also worked power line, working out of town, coming home on the weekends.

Frank married Sarah Janzen on July 29th 1967.  They spent most of their married life in Calgary where Frank worked on foundations/basements.  He did take a break from basements and Managed a Ranch in the Longview area. This lead them to Australia for a few months, then returned back to Calgary. They moved briefly to Edmonton, and he continued to work on basements. When the physical demand of basements became too much, they moved to Prince Albert and were caretakers of an apartment building. After some time they moved to Saskatoon, and Frank continued caretaker work for a Condo complex, and he retired from the complex on July 1, 2022 Frank resided in the Condo complex up until he was hospitalized.

Frank will always be remembered for his sense of humor and his laugh.

Frank was predeceased by his parents, eight brothers and two sisters.

Friends and family of Uncle Frank always remember his sense of humor, laugh and love of spending time with family.

Frank’s service will be available to view via livestream https://funeraweb.tv/en/diffusions/67100

Martens Warman Funeral Home is honoured to be entrusted with the care of Mr. Friesen.