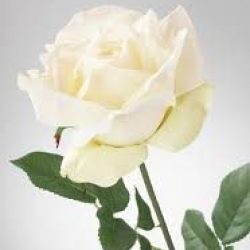 It is with great sadness that we announce the passing of our dear mother Gertrude A. Novakoski of Saskatoon, on August 23, 2021. She had inoperable cancer, was stricken with dementia and suffered from Parkinson’s disease.

Gertrude was born on July 6, 1933, in Kloetzen, Kreis Marienwerder, Germany. Both her parents were lost in the Second World War. Her father in the army. And mother when their house was hit by Russian mortar shell. Gertrude stayed with foster families working on dairy farms. From 1945 to 1948. 1948 to 1954 Gertrude worked as housekeeper and waitress. 1954 Gertrude and her sister were sponsored to come to Canada by her father’s sister Maria Czerwinka ( Seidenz) living in Nokomis, Sask. Owning a hotel. In fall of 1955, Gertrude and her sister moved to Saskatoon. Gertrude worked at Oliver Lodge and briefly at the CN station downtown Saskatoon.

June 6, 1956, Gertrude met William Novakoski at the “Art Dance Hall” They had a brief courtship. They were engaged July 6, 1956 and married September 29, 1956. She gave birth to two boys, Patrick on July 22, 1957 and Randy November 27, 1959. For the next 55 years, they remained faithful to each other, raising their two boys, spending time with family and friends. Gertrude enjoyed bowling, traveling, their acreage at Delaronde Lake. She and William were inseparable. After Williams passing, she lived in St. Ann`s residence, enjoying many friends, outings for coffee and breakfast, and she loved walking. Gertrude moved to private care homes when dementia took her memory ,and she could no longer care for herself.

Gertrude lived happily the last two years of her life at Happy Life Care Home on La Ronge Road in Saskatoon. Pat and Randy would like to thank Hilbert and Grace Macadaeg for their comfort and caring of our mom. The void her passing has left in our lives will never be filled.

The family would also like to give a huge thank you to the doctors and nurses of the Palliative Care Unit at St. Paul’s Hospital, for their care of our mother Gertrude.

In memorial of Gertrude’s life please make donations to Cancer or Parkinson’s Society or Alzheimer’s and Dementia Society. A family graveside service will be held at a later date.