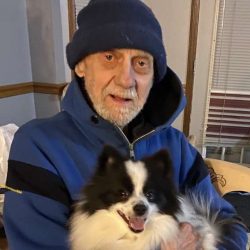 It is with deep sadness that we announce the passing of Jesse Gladstone Burke at the Royal University Hospital on October 5th, 2022, at the age of 87.

Jesse was predeceased by his wife Stephanie, parents Magdalena and David Burke, and brothers Eddie and Ray Burke.

Left to cherish his memory are his daughter Kathy, son David, granddaughters Dani and Samantha, sister Sheila Neudorf, and numerous nieces and nephews.

Jesse was born in Warman in 1935 where his parents owned the family store. In his early years, he worked shoveling coal and doing odd jobs at the Delta Bessborough Hotel in Saskatoon. He eventually ended up as the Human Resources Manager at Sterling Distributors until 1975. At that time, he and his family moved to Marshall where he and wife Stephanie purchased and managed the local hotel. After selling, they moved to Turtle Lake and bought the bar there. In 2008, they moved back to Saskatoon where Jesse then worked for Walmart until his retirement.

Jesse loved working and socializing with everyone. He was kind, adored all animals he came across, and would always look out for others. He will be deeply missed. Cremation has taken place.

Martens Warman Funeral Home is both honoured and privileged to be entrusted to the care of Mr. Burke.