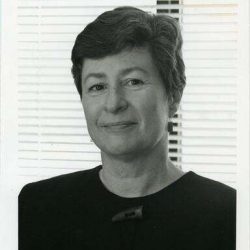 Joan Helen Richards White of Saskatoon, Saskatchewan passed away peacefully at her home on September 16, 2022.

Joan’s life was full with 40 years spent as a dedicated public servant, an ever supportive mother and grandmother, as well as a lover of travel and adventure. She and her prince, Sylvan (Syl) White, spent the last 22 happy and fulfilling years together pursuing their interests and working on their bucket list. When Joan learned of her diagnosis this summer, she decided that she had done all she needed and wanted to do in this life, so she greeted her passing with the same grace and dignity with which she lived her life.

Born in Bronxville, New York, in 1940, Joan spent her early years in a suburb north of Chicago. She received her B.A. from the University of Michigan in 1962, married her first husband William (Bill) Watrous in 1963 and by 1965 had 2 children, Cate (Cam) and Michael (Colleen). During Bill’s post-graduate studies, the family spent the next 8 years first in New Orleans, then Milwaukee, Montreal, finally arriving in Saskatoon in 1973. Almost immediately, Joan began work on her MBA at the University of Saskatchewan which she completed in 1976, all while also juggling the increasing demands of two young children. After graduation, she embarked on what would be a long career with the University of Saskatchewan Administration department. Widowed from Bill in 1978, Joan became a single mom to her children who to this date have continued to prosper in no small measure because of her guidance and never-ending support. She extended this nurturing to her five grandchildren, Liz (Andy), Michael (Shaina), Max (Delilah), Maia, and Rain, acting as a satellite mom to them while they gravitated from rural Manitoba to the educational and career opportunities of Saskatoon which Joan so diligently promoted.

She was an avid traveller and would regularly visit relatives and friends in Canada, the US and the UK but had also been on adventures just for the joy of it to places like Morocco and Mongolia, and, as recently as 2020, to Costa Rica where she went zip lining across a 2 km gorge. Joan was a prolific reader, spending many happy hours at the library searching for the next great novel. She was a fan of the visual arts and would always enthusiastically take you up on an opportunity to visit a museum. Joan also had a love for music which she shared with her beloved husband Syl who, as a performing musician, provided her with many opportunities to enjoy the sense of community and healing that live music offers. Joan called herself Syl’s roadie, and she became well-loved among the audience members who attended his performances.

Joan retired from the University of Saskatchewan following 37 years in human resource management, labour relations, and government relations. She held various positions at the university including Director of Labour Relations. Beginning in the early 1990s, Joan became active on many boards and commissions for the city and for the province which allowed her to continue her commitment to public service after retirement. She freely shared her professional expertise and thoughtful advice as member, trustee, chair for Pensions Administration, Saskatoon Police Pension Board, Municipal Planning, and the Saskatoon Public Library as well as for the Saskatchewan Labour Relations Board. Her counsel and kind words will be missed.

Joan’s final wishes were for a private family gathering to remember her life which will be held at a later date. In lieu of flowers, please consider making a donation to one of Joan’s favourite institutions: the Saskatoon Public Library (https://saskatoonlibrary.ca/donate/), or to another organization that supports literacy programming.

Funeral arrangements have been made with Martens Warman Funeral Home. If you wish, you may sign the online book of condolences (https://martenswarman.ca/obituaries/).