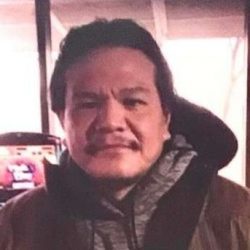 With heartfelt sadness, we announce the passing of Julian Stephen McKay “Fatman”, on September 9, 2022, at the age of 48 years.

The family would like to acknowledge and thank the support staff at the Salvation Army.

Martens Warman Funeral Home is honoured to care for Mr. McKay and his arrangements.