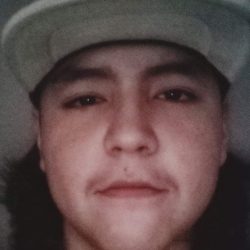 With heartfelt sadness we announce the passing of Julian Jake Fiddler (Lasas) on February 21, 2022, at the age of 19 years.

Julian was a strong warrior. He hid his pain with his contagious smile, love and laughter. For a young man who went through so much over the last years, he never gave up and he always kept fighting. Julian loved being with his family and friends. He was always happy and loved joking around, hanging out, teasing (mostly his sister), cousins, aunts, uncles, and friends. He was loved very much by all of us. We will always honor his bravery and cherish the moments we had with him. Julian brought out the best in us, as the days got closer, he knew the was leaving us and Julian showed no fear. He told his closest family and friends he was not scared and that he knew he was going to be with his loved ones again. He knew he would be cancer free and healthy forever. We love you our son, always and forever.