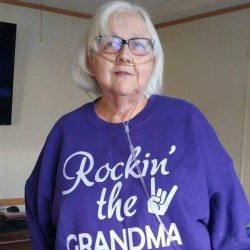 Karen was predeceased by her Mother Margaret Sheppard and her father Graham Sheppard.

Karen was full of love and will be missed by many around the world. It is with deep sadness that we must announce her passing. She is in a much better place now with no more suffering.

Arrangements have been entrusted to the Martens Warman Funeral Home. (306) 934-4888 or martenswfh@sasktel.net