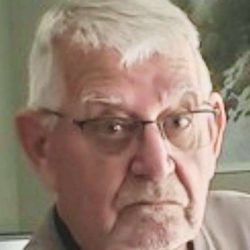 The family of Ken Scott is saddened to announce his passing on Friday December 23, 2022 after a brief battle with lung cancer. Ken was born on September 7, 1942, in Nipawin, SK to Frank and Lena Scott and grew up in the RM of Torch River. He completed high-school in Nipawin. Here he met Louise Morton. They were married in 1963 and moved to Saskatoon in 1966, where they raised their family. Ken was a journeyman electrician, and worked as an area technician with SaskPower for 35 years. After retirement, Ken and Louise moved to Whalen Bay, SK, where they turned the family cabin into a home. They resided there until moving to Warman in 2013. Ken loved numerous outdoor activities, such as hunting, fishing, camping, scuba diving, and snowmobiling. He enjoyed working with his hands and was always ready to utilize his broad skill set to help others. Ken was an ardent Rider fan. He never missed a game. Ken is survived by his daughters, Michelle (Roy) Sondershausen and Leane (Warren) Ramstead; grandchildren, Cassandra (Dan) Bertrand and Andrew Sondershausen (Kaitlyn Monteiro); step-grandson, Tyler Ramstead (Jess Hidalgo); great granddaughter, Chloe Bertrand; and sister, Fran Pliss. He was predeceased by his wife of 59 years, Louise, as well as his parents, sister, brothers-in-law, and many aunts, uncles, and cousins. The family would like to extend their gratitude to the staff in the ER at RUH for their care and compassion. In lieu of flowers, memorial donations may be made to any charity of your choosing. A private family interment at St. John’s Columbarium will take place at a later date.
“If you see me gettin’ smaller, I’m leavin’, don’t be grieving…” Waylon Jennings