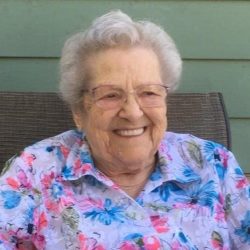 It is with heartleft sadness that we announce the passing of Marianne Been at the age of 91 years, on October 2, 2021.

Been, (Lina) Marianne (Mary). Marianne was born in Amsterdam, the Netherlands on October 8, 1929, Marianne married Gerardus Been in 1947. Together with son, Jon, they emigrated to Canada in 1954, settling to raise a family of eventually 6 children in Saskatoon.

Marianne was active with the Dutch community in Saskatoon, volunteering with Folkfest’s Dutch pavilion. After Gerry passed in 2014, Marianne moved into Oliver Place in Saskatoon. Here she enjoyed socializing with other residents, staying active with the many activities the social committee offered.

Marianne passed away peacefully in her sleep on October 2, 2021, As per Marianne’ wishes there will be no funeral. A private gathering will be held following interment beside her husband.