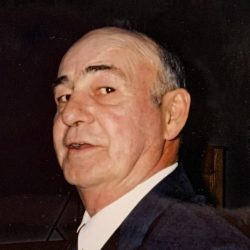 With heartfelt sadness, we announce the passing of Nelson Edward Rupchan, 78 years of age, of Saskatoon, SK, on February 9, 2022. Nelson will be dearly missed and always remembered.

Nelson was born in Endeavor, SK to Nick and Dora Rupchan on April 23, 1943. He spent hischildhood in the Usherville and Reserve SK area, helping his dad in the wood Industry and working in the nickel mine in Thompson. After other jobs he purchased his own gravel truck and went into the truck driving business, hauling logs in winter during his early years, and gravel/asphalt in summer and then year-round.

Truck driving had Nelson living in various towns, but he settled down in Saskatoon in 1974. Nelson enjoyed hunting, his Mack trucks, baseball, and hockey (Toronto Maple Leafs fan). He claimed his most important role was being the master of nothing, but he was always there to lend a helping hand to family and friends.

Nelson loved a good steak, apple pie and his coffee. He had a witty, good sense ofhumour. He would share a lively story about his trucks that would bring much laughter to all.

A celebration of Nelson’s life will be held later this spring to honour his beautiful life as opposed to a traditional funeral service. We will notify all of Nelson’s loved ones to join us when a date has been set.