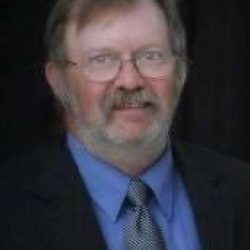 With heartfelt sadness we announce the passing of Randy John Striemer, 66, and was born January 27, 1956, in Waldheim, Saskatchewan, the third child in a spirited family of five. He was the quiet, shy one who kept to himself and to his close group of friends, including his older brother Garry, with whom he spent countless hours playing baseball and hockey. He showed an early interest in mechanics, and it grew into a lifelong skill and passion that he would share with his dad and brother, often working long into the evening with them on projects in the garage.

Always ready for a quick game of shinny, his love of sports stayed with him throughout his life, both as a participant and a spectator; if the Blue Jay, Roughriders or Oilers were playing, he was probably watching. Let’s not forget his love of professional wrestling, having been exposed to it when Stampede Wrestling would come to the old Saskatoon arena and the whole Striemer family would go to watch the show live. Other happy times were spent going to the lake, playing with cousins, and always finding something to laugh about.

After leaving home, he worked for a towing company in Saskatoon for a while before returning to his hometown to operate the old Waldheim arena, which he did for over 25 years. He tirelessly worked to maintain the natural ice for games, tournaments, and figure skating, as his dad had done for the town many years before. In the summer, he kept the regional golf course and town parks manicured and spent many years maintaining the town’s water treatment plant.

In July of 1995, he married Linda Rothecker, the love of his life, and together they would spend the next 26 years building a life together, first in Waldheim and later moving to Kindersley in 2006, where he continued his municipal work until he semi-retired in 2021. Linda’s sense of humour perfectly complemented Randy’s — they were an easy-going pair that everyone loved to be around. They enjoyed traveling to spend time with friends in BC and Manitoba and to see the grandchildren in Edmonton. Summers were spent going back and forth to their seasonal camping spots, fully equipped with their Rider pride flags and outdoor flatscreen TV to watch the game within arm’s reach of the barbecue and the cooler filled with Miller Genuine Draft. Everyone was always welcome.

Those who think he was a man of few words, never had a couple of beers or a cup of coffee with him. Always laid-back and approachable, Randy loved to crack jokes and re-tell funny stories, often quoting the action and comedy movies he watched over and over again. He was a loving son, brother and uncle, an adoring husband, a mentor, and a decent man that will be missed and fondly remembered by all who had the pleasure of knowing him.