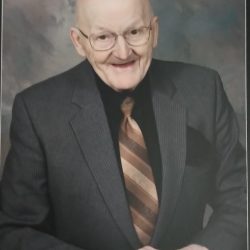 Donations can be made to the Mazankowski Alberta Heart institute or Heart and Stroke Foundation.

Service will be available via livestream at www.distantlink.com/cherishedmemories.html

We are here to celebrate the Life of Raymond Stokalko , our Dear Husband, Dad, Grandfather {Gido}, Great Grandfather, Uncle, Cousin, Neighbor, Teacher and Mentor, to all that have come to know him and respect him!

Raymond was the oldest son of Phillip and Mary (nee Woroch) Stokalko. Born on the family farm in Whitkow, SK. Midwife delivered by his Grandmother Taklia Stokalko (nee Prystupa). Dad was the oldest of two boys. His attained his elementary education at Zoria School, and high school at COCJ in North Battleford. His work experiences included, working at the NB News Optimist, on a surveying crew, as well as working on the family farm. In fall of 1947 he attended Teachers College known as Normal School in Saskatoon to attain his Teacher’s Certificate. A couple of weeks of practice teaching at Mayfair School in Saskatoon ended the school year. Fall of 1947 his first teaching position as teacher at Woodburry School in the Mildred Community, east of Shell Lake. During his early years of teaching in one room schools included the schools of Howard 1, Howard 2, Zoria, and Whitkow Hamlet 5118. In 1969 the Whitkow school was closed and Raymond and family purchased the teacherage they were living in, and moved to the Town of Mayfair where he taught till 1983. Taught grade 3 the first year, then took the grade 2 class which he taught until he retired.

In the summer of 1949 while attending classes at Cooperative School in Saskatoon, he was at the Saskatoon Exhibition and purchased a Ticket for a Dollar and ended up winning the Kinsmen Car award of a 1950 Ford Car. That was one of the first of many winning prizes he won throughout the years; always hoping to win the Big LOTTO 649.

Dad was always a teacher, teaching was his passion all through his life. Always a giving soul to make sure you did not leave hungry, or had a place to stay. Even a simple gesture of making sure every child had a Christmas bag filled with a Jap Orange, nuts, hardrock candy and a cup of hot chocolate. Christmas was always a special time, by getting a spruce tree at Morin Creek and have it decorated with homemade decorations. Red Cross was always an important charity that Dad would support from his early days of making and supplying gift bags and now he would give donations and lottery purchases. His class won many school drama awards, competition in oral speaking and competitive school marching at field meets, ballgames and track and field

Raymond has touched many lives all his life. His memories will always be remembered by his Family, Friends and anyone that knew him!