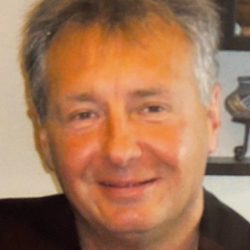 With heartfelt sadness we announce that Rob died suddenly at the age of 64 years, on Sunday, October 10, 2021.  We wish to let you know that he died peacefully and did not suffer.

Rob worked at the city of Saskatoon for over 40 years before retiring and enjoying his true passion, the island of Hawaii.  Rob’s love for Hawaii for over 40 years brought him back every year to visit with his many Hawaiian friends every year for the winters.  Rob was scheduled to go to Hawaii in January to begin another winter under the sun and palm trees.  A father’s love never waivers or fades and Rob’s never did with his children either.  Rob gave of his time and heart for his children.  They truly were his pride and joy. When his grandson was born in 2013, this gave Rob another passion to fulfil, being a Booker!! to Dominic. His love for his two grandchildren Dominic and Violet was shown when he played with them in the backyard and always brought back a treasure or two from Hawaii!

We will keep Dad forever in our hearts. Love you dad!