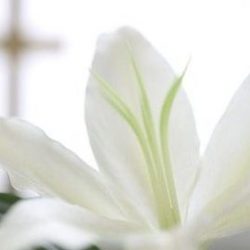 The family sadly announces the passing of Ruth Bonsor, late resident of Sherbrooke Community Centre at the age of 93 years on January 19th, 2022.

Mother was born in Nelson, BC to William Balding & Sarah Young. Mother grew up on a farm (animals) with older brother, Jim (deceased) and younger sister Deirdre. Mom was a crack shot with a rifle & competed on the Nelson, BC school team. In 1946, Mother moved to Saskatoon where she lived until her passing. Mother always worked hard Tupperware, Denim Awning Makers, SIAST cleaning staff, waitressing, as well as boarders.  She was an avid gardener, sewer, knitted & crocheted, when time allowed. Her children did not inherit her talent for whistling or being in tune, but we did inherit her love of animals, crafts and gardening.